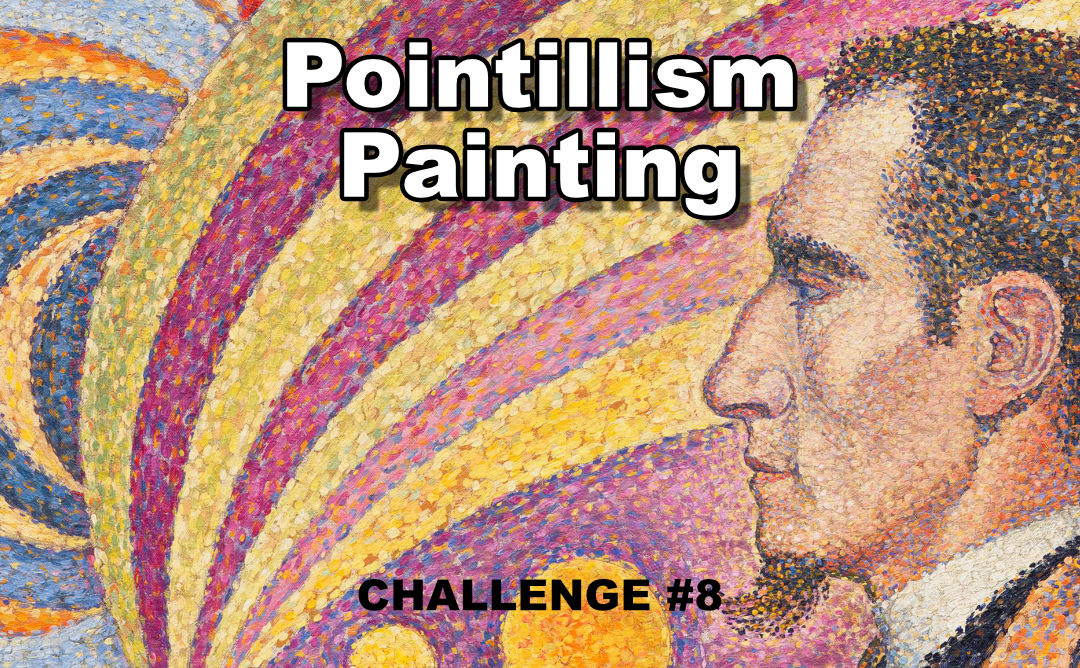 Pointillists are artists who apply paint to the canvas in a very specific way.

At first the name “pointillism” was a derogatory name given by detractors (mainly the art elite who were not ready for change from the old familiar methods). The early pioneers of this technique called it Chromoluminarism. A later form was called Divisionism but over time it was the name Pointillism that stuck although it lost its mocking undertones along the way.

In this challenge tutorial we will look at what Pointillism is, it’s interesting history and how we can create our own Pointillism paintings.

Pointillism refers to the way the paint is applied to the canvas. Instead of mixing the paint on a palette which was the only way up to that time, the paint was applied “straight from the tube” in equal size dots of paint. The size of the dots depended on the size of the painting. 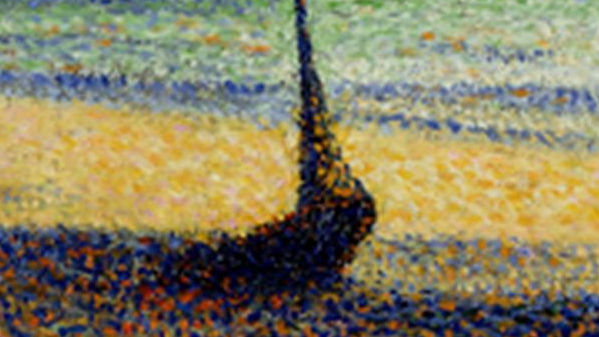 The technique evolved from the Impressionists, who also used small dabs of paint in creating their works. However the Pointillists took it further and used only dots (usually oil). The pointillists like the impressionists wished to create optical phenomenon but they chose meticulous technique over “looseness” and subjectivity.

The reasoning behind the new technique was that not mixing colours would result in more intense colours in the final artwork. Because of the nature of paint, when two colours are mixed, the intensity of both is decreased slightly. By using only pure colour the Pointillists seek to overcome this problem.

Another motivation was that the small gaps between the dots of paint were on white canvas, that should, when viewed from a distance, result in a brighter painting. (Three times the diagonal measurement is supposedly the correct viewing distance for a Pointillist painting).

The way Pointillist artists created images, conventionally created by mixing paint, was to employ the science of optics. In essence they used the same technique used in television screens today. By putting small dots of colour close together the eye does not perceive them as dots but blends them together to form an image in the eye.

a method of painting using tiny dots of pure colour which when viewed from a distance optically blend to form new colours. The dots are placed in patterns so that the resulting artwork forms a scene at viewing distance.

How Did Pointillism Originate?

The Pointillist movement was a reaction to the subjectivity of the Impressionists who created the feeling of what they were trying to convey with varied brush strokes and premixed colour. The Pointillists approached painting more as a science, using only “unemotional” brush marks (dots) and pure, unmixed colour. Pointillism concentrated on a specific way of applying the paint to the canvas – the subject matter was not important.

The time pointillists made their appearance on the art scene was in 1886. Change was the order of the day in the late 1880s, including the invention of Coca Cola and the gramophone.

Later proponents of this technique morphed the round dots into dabs of cube-like strokes. (This variation was called Divisionism). Whether Chromoluminarism or Divisionism, both were incorporated into the term Pointillism.

Who Were the First Pointillists?

George Seurat and Paul Signac were French masters of the Impressionistic school.

They initiated the new technique of using only dots instead of using traditional methods. They soon lead a group of artists using this technique who were more concerned with the way of applying the paint (science of optics) than in the science of colour.

They studied how to create patterns, perspective and shapes using only dots of pure colour.

After Seurat’s death Signac took over as the main proponent of pointillism.

While succeeding in capturing light; pointillism sacrificed flow. Pointillist paintings are like a snapshot frozen in time. 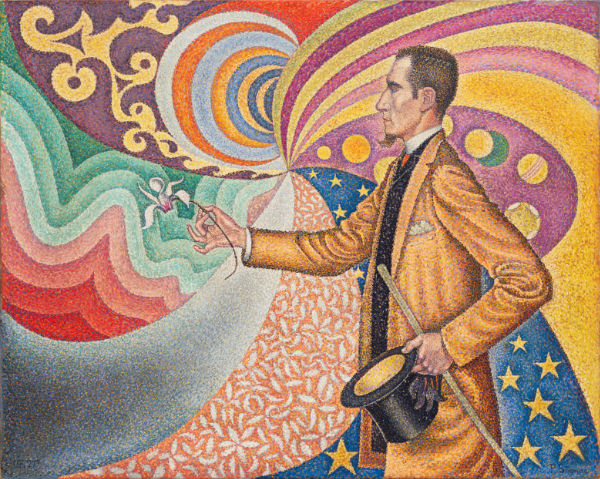 By the end of the 1880s this form of Post or Neo impressionism had waned. It had however influenced painters of no less a pedigree than Vincent van Gogh, Paul Gaugin, Toulouse-Lautrec and Henri Matisse.

What followed on Pointillism was called Fauvism and featured extra bright colour combinations.

The concepts and ideas of Pointillism continue to influence artists even today. Cubism and even pop art were directly influenced and dot painting so popular with both aboriginal and modern artists could be considered a derivation of pointillism.

How to Paint in Pointillism

Now let’s do a practical demonstration of how to paint using pointillism.

The idea is that you use primary colours painted in dots to create your artwork.

In order to create a shading you more or less dots, dots closer and further away from each other as well as dots painted in patterns. 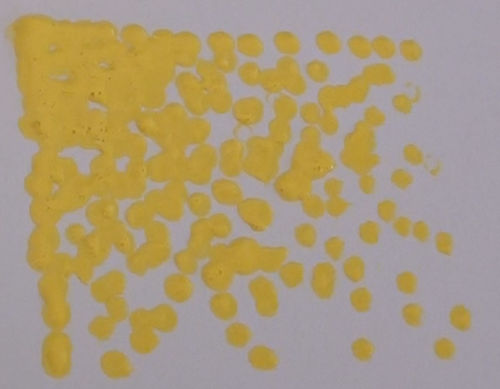 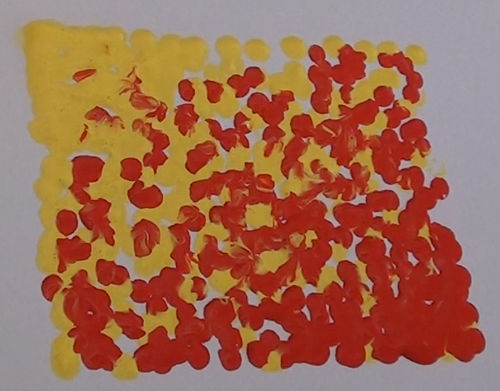 Up close you still see the individual dots, but when viewed from a distance your eye merges the colours together to form the new colour.

Here you cans see how orange, green and purple have been formed:

The smaller you make the dots, the more accurate and detailed the colour mixing is.

In fact even today, newspapers are printed using this method. Take a look at a colour photograph in a newspaper using a magnifying glass to see the effect. 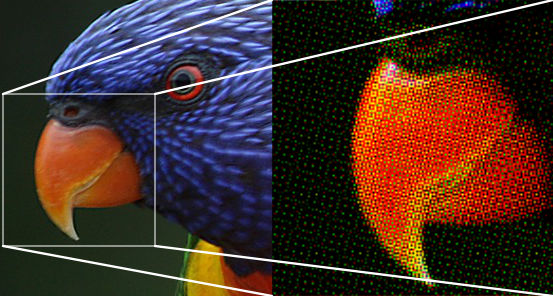 Artists however soon found that using only the primary colours didn’t give the vibrant colours they were hoping for.

Soon they expanded the range of colours they used to include the secondary colours as well.

Later artists would also use individually mixed colours too. (This is part of what led artists to Fauvism which used bright bold colours)

This then would be a typical Pointilist palette: 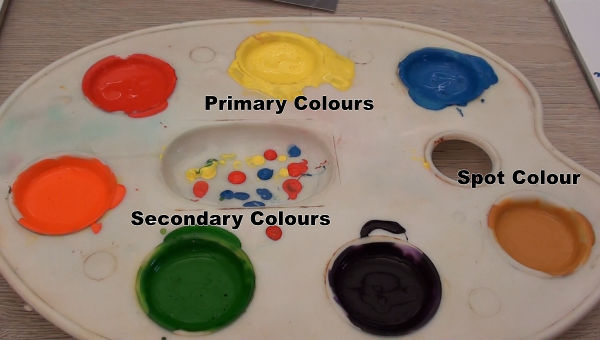 Notice the Spot Colour that has been individually mixed in order to ensure a certain colour in the final painting.

To paint your dots you can use a fine liner or the back of the brush.

These will give nice consistent dots on the canvas but you will need to load up on new paint ever dot or two which causes the painting to take a long time to complete.

A better brush to use is a rigger brush. You mix your paint thin like an ink. Then load up the entire length of the rigger brush with paint. The long hairs then allow you to paint for a long time before having to reload the brush.

You get them in different sizes and can trim the tip to adjust the dot size.

The dropper holds a lot of paint so you can stipple for ages before needing to refill the dropper.

While painting you apply a constant even pressure on the bulb at the back of the dropper. This ensures consistent even dots.

These droppers are dirt cheap so I use one dropper per colour. That allows me to work much faster than most people when stippling the dots. 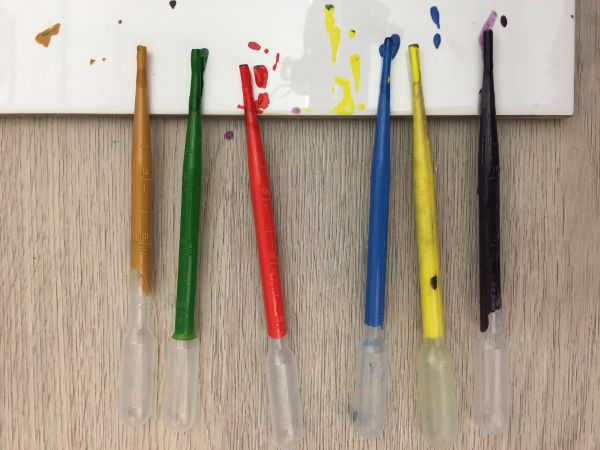 Now let’s see what a scene will look like once painted using Pointillism.

Here is the reference photo: 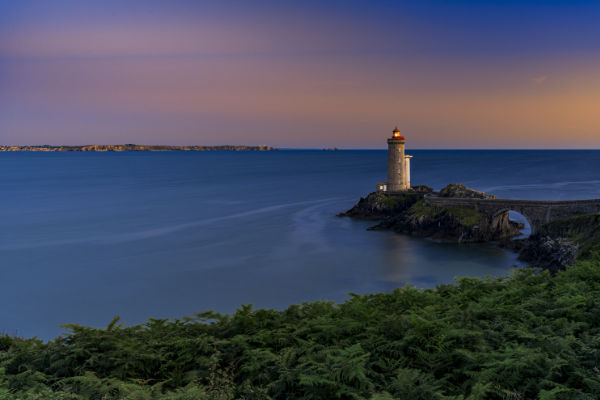 and here is the completed Pointillism painting: 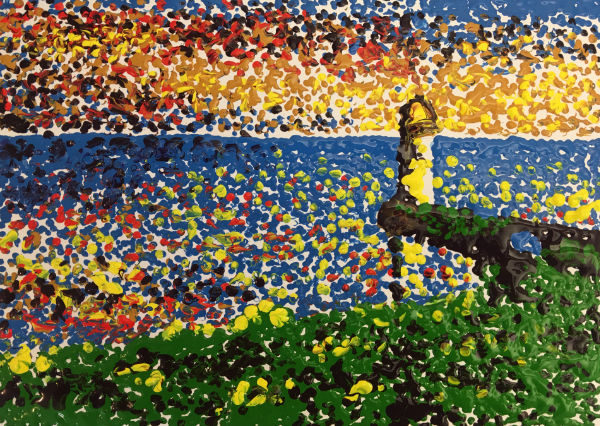 Notice how the different colours have been dotted next to each other to create new colours.

From close up this just looks like a bunch of random dots. Standing back however you see the seascape come to life.

If you would like to see how I painted this artwork watch the video at the top of the page.

Tip – If you like to get a lot of detail in your paintings, then you want to have more dots. This can be achieved by painting smaller dots, or by using a larger canvas.

Your challenge is to create an artwork that uses the pointillism techniques.

The scene can be anything that takes your fancy. Just remember though that the more detail you want, the more dots you need to paint so keep that in mind when choosing your reference.

Are you up for the challenge?

I know you are!

You have until the 7th of October 2020 to post your challenge on the forum. You can click the button below to go to the correct place on the forum.

Everybody will then vote during the second week of October to decide who created the pointillist artwork.

There is no cost to enter, but it would be really cool if you can share this page so your friends can also know about the challenge.

Good luck, I look forward to seeing your artwork.

If you are not a member yet, you can join for free by signing up to our mailing list below.

You will then get a coupon code to unlock any class on the site for free as well as get lifetime access to the forum and the challenges. 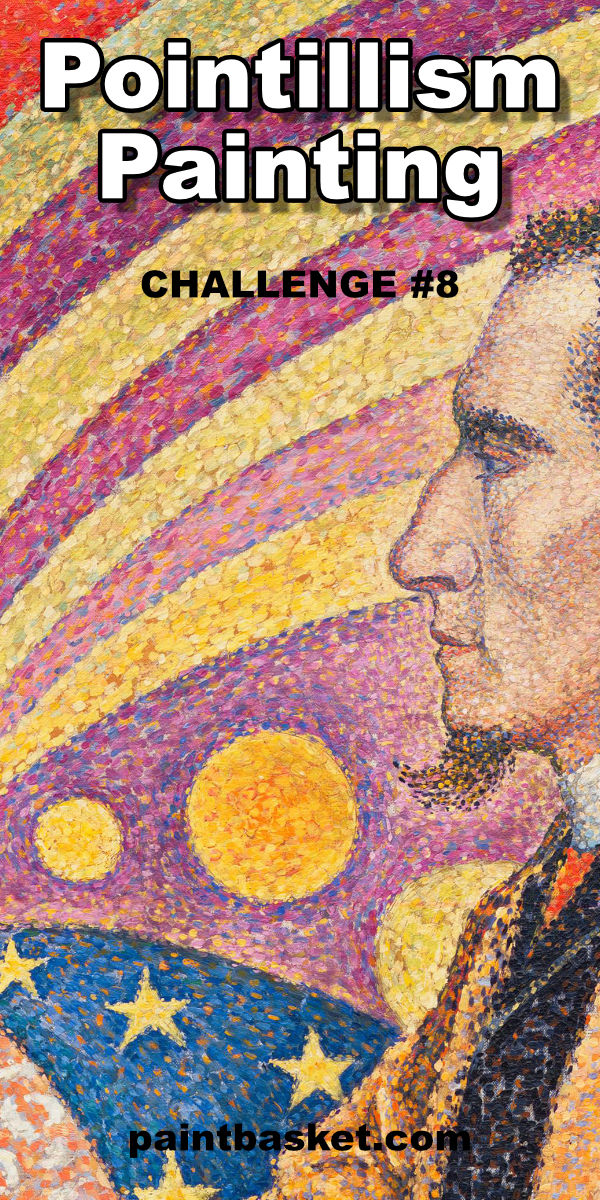